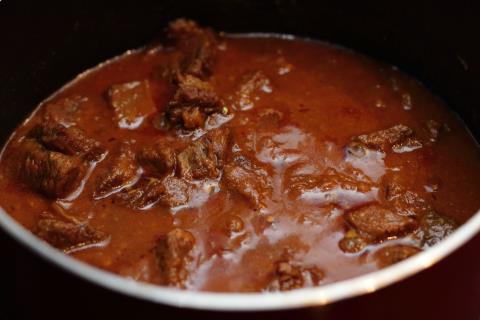 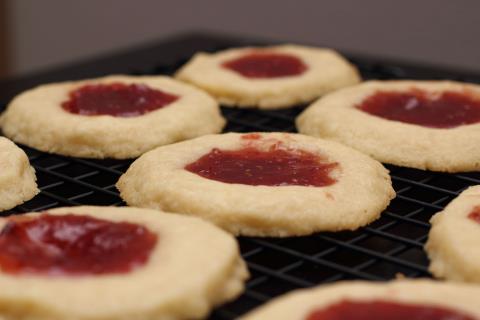 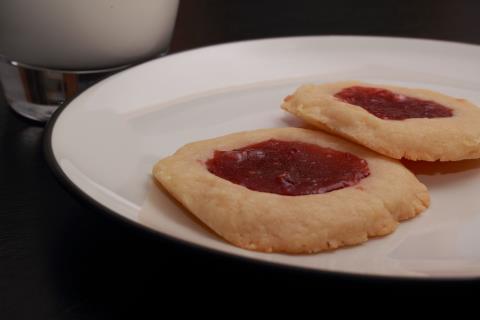 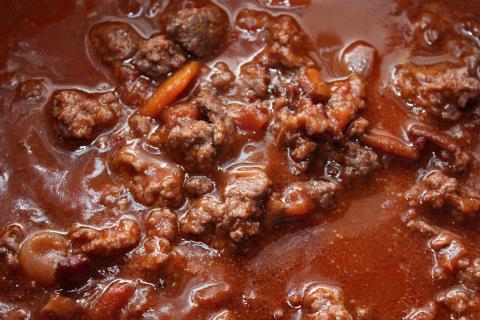 [As suggested by Madeline of Munching in the Mitten, I've taken to documenting my culinary adventures on this blog. I'll post weekly about whatever I cook and bake during the week, with both pictures and descriptions. Click on the pictures in the post for unnecessarily high-resolution versions]

This week I had an ambitious set of recipes that I didn't quite get to completing. As I'm finding out, it's pretty difficult to muster up the energy to cook after a long day at work. This means most of my projects get relegated to the weekend. However, I was still able to make a few recipes that I was pretty excited about!

The big meal of the week was a tart-hot beef with malt vinegar and cayenne. The recipe came from Food & Wine's "Best of the Best Cookbook," a gift from Amie of Hungry Beluga. It's a modified goan vindaloo, with malt vinegar substituted for traditional (and hard to find) palm or cashew vinegar. The beef is tenderized by soaking in the vinegar overnight, which helps make it soft enough to fall apart on your fork after cooking.

Though the recipe calls for 6 whole Thai chile peppers, I cut this down to 5 for my curry. This turned out to be a smart move, as the dish still turned out pretty hot. However, the heat added to the flavors instead of distracted from them. Overall, it was an excellent dish, very flavorful (as you would expect with a vindaloo) and the beef ended up extremely tender.

The next item was a baking project. I've really enjoyed the opportunity to bake in my new apartment, since it was a bit impractical back when I lived in Ann Arbor. It also gives me a chance to indulge my prodigious sweet tooth. This week, I made shortbread cookies with raspberry-peach champagne jam. The recipe came from an amalgamation of online sources and I added the jam on my own.

Since I don't have an electric mixer, I had to mix as our ancestors did - by hand. Which gets old after about 5 minutes. After the dough was mixed, I put it in the fridge for a while so that the cookies would keep their shape when they baked. Since I rolled them to 1/4 inch thickness, they were done very quickly (just 8 minutes) and I had to be careful not to let them overcook.

On Sunday, I made a bolognese pasta sauce. This is a perfect project for the weekend, since you can give it a proper four-hour simmer and freeze any leftovers for a quick meal during the week. I didn't follow a recipe, choosing to trust my (developing) culinary instincts instead. I used 3 kinds of meat - bacon, ground beef, and ground veal. The bacon was sautéed first, along with pearl onions, sliced carrots and minced garlic. I then added red wine, diced roma tomatoes, tomato paste, salt and pepper and the browned meat. I let this simmer for 3 hours to let the flavors mix and seep in.

When I make this dish again, I think I'll use more tomato paste (since it ended up a little wet) and less meat. Still, it turned out pretty well anyway and provided 7 easy meals to freeze!