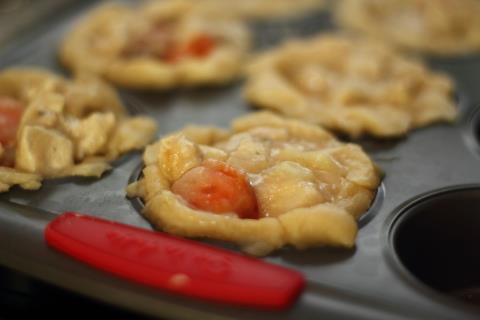 Filled and about to be baked 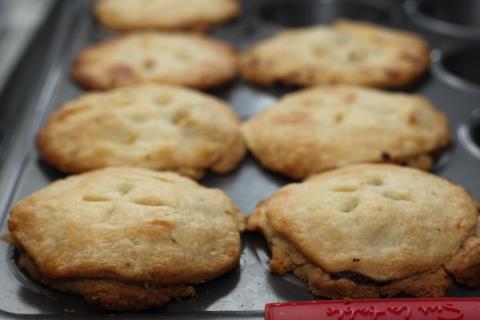 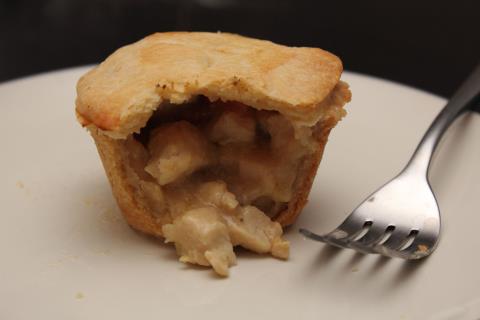 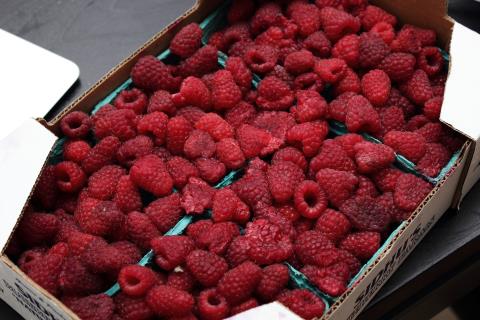 Still, they'll probably be gone within half a week 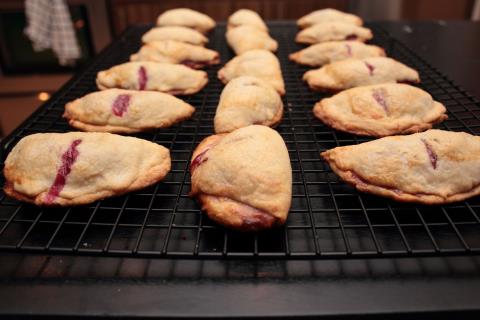 I made way more than I can should eat by myself 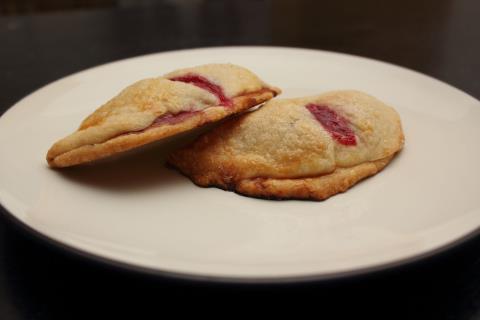 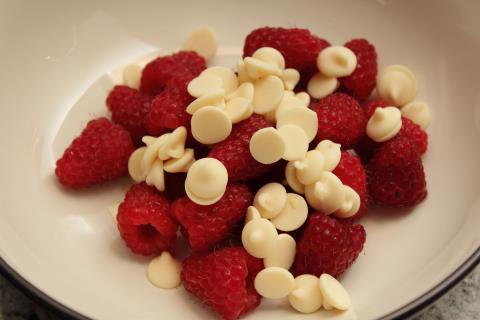 Dangerously close to eating these before making the pancakes 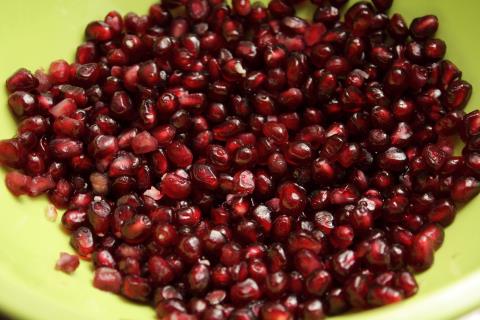 Dangerously easy to eat all of these without realizing it

...there were four of these 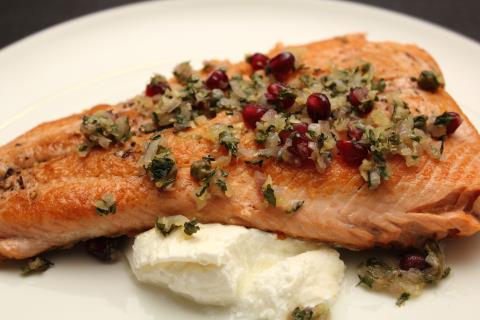 [As always, click on the images below to see much higher resolution versions]

The first thing I made this week was muffin tin chicken pot pies. I got the recipe from the baker chick, a great blog I found online. This great recipe also let me put my new muffin tin to good use.

I made the filling first by boiling cubed chicken, potatoes, carrots and onions. I really like this kind of meal, since you can play fast and loose with the ingredients and just add whatever tastes good to you.

The dough was a bit more work to make, though well worth it (rather than buying the pre-made frozen stuff). I wasn't sure how thin to roll the dough and I probably didn't roll the circles out as large as the recipe called for. Luckily they turned out fine regardless. When the filling finished boiling, I added flour, chicken stock, and milk to get it to a gravy-like consistency and poured it into the dough in the muffin tin.

I scored the tops of the pies to let steam escape before baking them for about 30 minutes. When I took them out, they were browned on the top without being burnt.

The finished pot pies turned out amazingly - the filling was very flavorful and I think I did a good job of balancing the various ingredients. The crust was extremely flaky and crisp (though perhaps a little bit too buttery). This was a great meal, since they're easy to freeze individually to reheat later.

On Saturday, I went to Pike Place Market and was somehow persuaded into buying a whole flat of raspberries, leading me to look for any opportunity to use them in baking.

I decided to make mini peach-raspberry hand pies, with the recipe again coming from the baker chick (I modified her peach hand pie recipe to use my raspberries). They weren't very difficult to make, with the dough being the most time-consuming aspect. The filling was just a mixture of fresh raspberries, diced peaches, sugar, flour, vanilla extract and a little bit of bourbon (I used Maker's Mark). I thought the bourbon and vanilla extract really brought out the flavors of the fruit and added a nice twist.

To construct the pies, I cut out circles of dough and placed on a baking sheet. I put about 2 tablespoons of the filling on each disk and folded one side over to create a half moon. After they baked for about 20 minutes, I immediately moved the pies to a cooling rack.

To try to make even a small dent in my raspberry stores, I decided to make raspberry white chocolate pancakes. I forgot to add the raspberries after pouring the batter onto the pan, so a few pancakes ended up a little burnt. Also, my pancake-making skills still leave much to be desired, though they improved towards the end of the batch. I also fried up some bacon, which is treated as a staple in my apartment (replaced like milk or eggs every week).

Finally, I also decided to try a dish that would make great use of some fresh salmon I bought from Pike Place Market: salmon with ginger caponata. Caponata is an Italian relish, usually made with eggplant. This recipe used fresh ginger and lemon zest, both very aromatic and flavorful. These were combined with shallots, parsley, cilantro and lemon zest to make a unique salad.

The red bulbs in the caponata are pomegranate seeds, one of my favorite fruits. The salmon was simply seasoned with salt and pepper before cooking in a frying pan with canola oil.

To complete the dish, the salmon was placed on top of plain Greek yogurt with some of the caponata spooned on top. Usually I'm not a fan of using yogurt in dinner/savory meals, but I thought it worked well here. The lemon and ginger were really noticeable in the final dish and worked especially well with the yogurt.