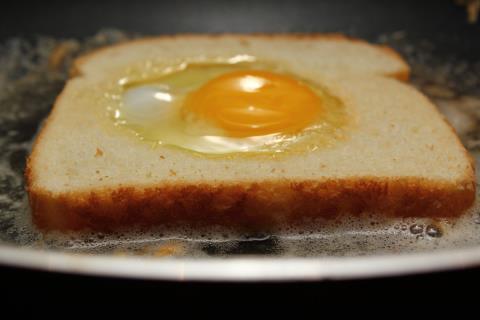 Egg in the basket 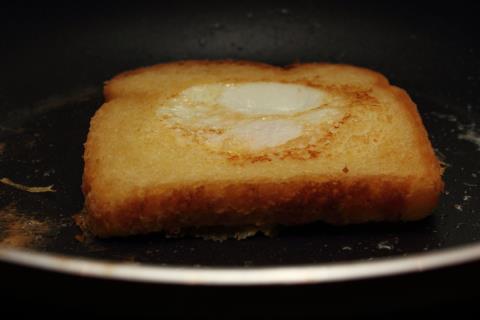 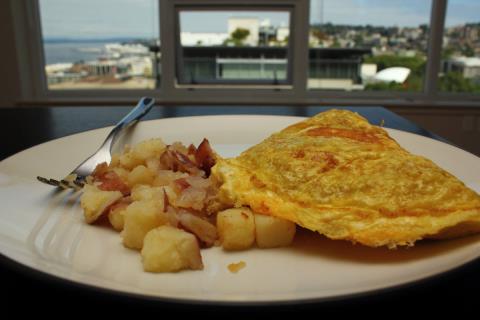 Breakfast looking out on the Puget Sound 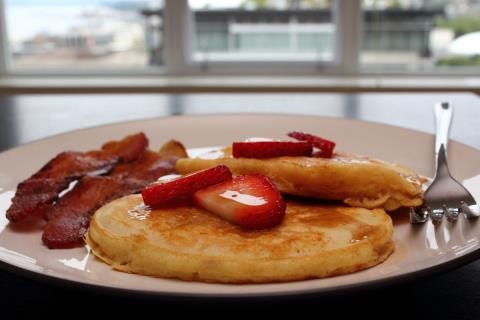 Accompanied by bacon of course 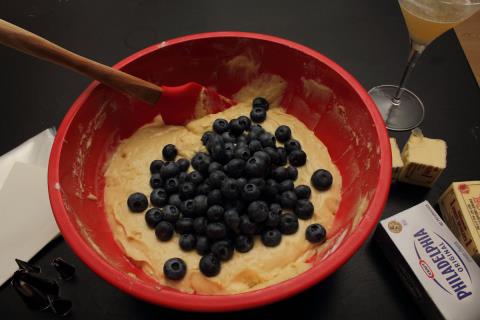 (Notice the Sidecar cocktail in the background) 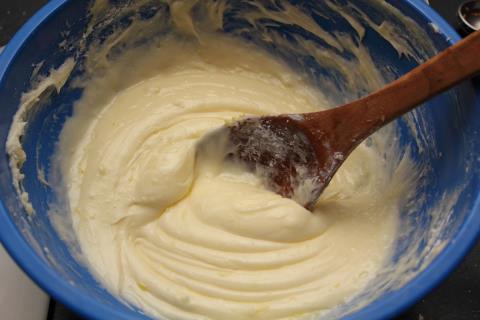 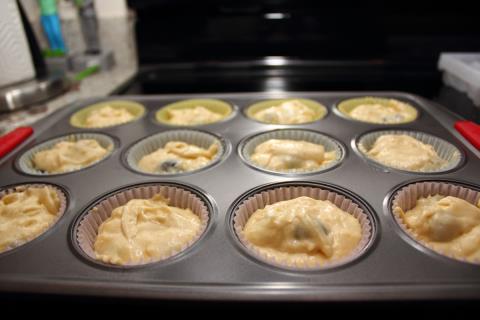 There are surprisingly few cupcake liners with a masculine vibe 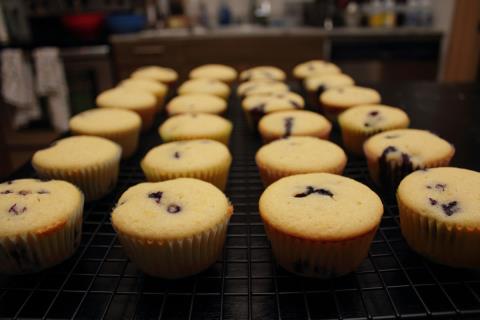 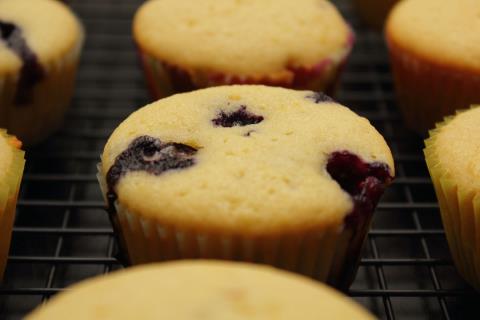 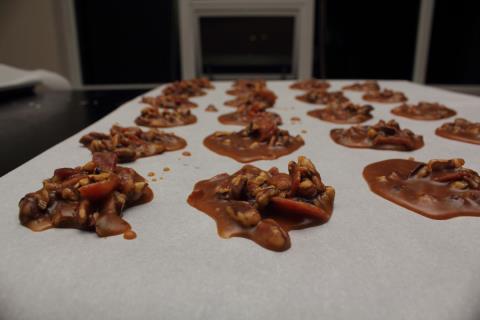 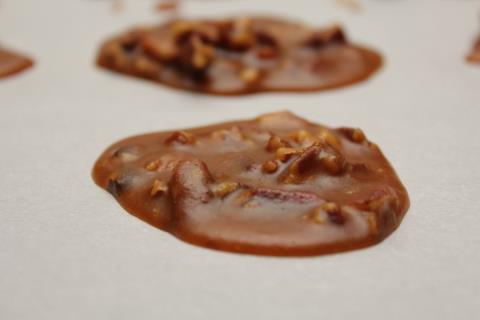 [Since I haven't had too many cooking projects lately (still eating leftovers), I decided to write a single post for the last two weeks. As always, click on the images below to see much higher resolution versions]

Recently I've been using the weekends as break from the usual breakfast routine of a rushed bowl of cereal. Though it usually takes an extra hour of work before I finally eat I've really enjoyed the variety in the mornings.

Last weekend I tried making eggs in a basket for the first time. This is a fun way of having eggs and toast together, where the egg is fried inside a hole in the bread. Typically, the cutout piece of bread is used to mop up runny egg yolk at the end of the meal.

Even though I didn't use especially thick bread, the concept worked out pretty well. I actually used a cookie cutter to make a perfect circle in the bread which helped keep it from tearing. This is a very cool looking breakfast project with the egg yolk floats in the center of the hole and while the rest of the egg attaches to the sides of the bread.

Some people have trouble keeping the egg white from leaking out under the bottom of the bread, which ruins the effect a little bit. I used a trick I found online to push down on the bread immediately after dropping the egg in the whole. This lets the bottom of the egg solidify without giving it a chance to run.

Since the whole thing is fried in butter, the bread is perfectly tasty in its own right. I left it on the pan a little bit too long after flipping, leaving the yolk completely solid. Nevertheless, it turned out delicious and a perfect treat to break up the weekday breakfast monotony (especially since it's very quick to cook).

I've also been getting into making omelets for at least one of the weekend days. Omelets are nice because you can just throw in whatever you have in the pantry for the filling. In addition to bacon and cheddar cheese, I've been making use of a large bag of potatoes I bought recently, and the extras serve as a nice side for the omelet.

I also tried making fruit pancakes again. My last batch ended up with a few burnt attempts. This time I did a better job by starting with a sacrificial pancake to see how hot the pan was. I used strawberries in the batter this time, with a few slices on top. I realized that I had forgotten to buy syrup, so I whipped up some homemade syrup with brown sugar, water and vanilla extract.

I also made a couple of desserts in the last couple of weeks. Using a great recipe from The Baker Chick, I made lemon-blueberry cupcakes. This is a dangerous development for me, as it eliminates my dependency on cupcake shops for my weekly fix. The recipe used 2 cups of blueberries, so each cupcake ended up with a fair amount.

I also made the frosting from scratch, which used fresh lemon juice and lemon zest along with cream cheese. It ended up being very appropriate for summer, as the lemon added a pleasant tangy flavor. At the store I had to restrain myself from buying 10 different frosting tips, but I ended up with one rose, one smooth and two star tips.

The batter then went into cupcake liners and into the oven for 25 minutes at 325º. I took the cupcakes out to cool on the rack before frosting them. Since even I can't eat this many cupcakes in a single day, I ended up freezing them, covered in plastic wrap.

Finally, I also made buttermilk bacon pralines. These are brittle-like circles that get a ridiculous amount of flavor from brown sugar, pecans, bacon and a small bit of orange zest. The recipe started off by heating sugar, brown sugar, buttermilk and salt in a large saucepan. No mention was made of how much this would bubble up, leading to a fair bit of alarm as I watched it rise. After the concoction had heated up enough, I mixed in vanilla extract, orange zest, chopped pecans, crumbled bacon and butter before mixing until smooth. I scooped out teaspoon-sized portions of the mixture onto parchment paper to cool (though I ended up putting them in the fridge since they still were too soft after an hour of cooling).

They ended up a bit too sweet to have by themselves but were just as ridiculously packed with flavors as the recipe promised.